Market Harborough auctioneer Mark Gilding was visiting a community centre in Desborough to view items left in a storage barn for over a decade. It was there he came across a box of vinyl records containing a stereo version of the Beatles debut album Please Please Me from 1963.

A majority of records are typically mono pressings, but there were a small number of stereo versions pressed in 1963. Stereo versions are rare as they were not available in record stores at the time due to being a special order. The album discovered was a stereo version which gave Harborough the drive to research more into this vinyl record.

In 2015 a stereo pressing of the same album was sold for 2000 EUR. Memorabilia expert Andrew Smith was able to confirm that this was one of the earliest copies produced of the album. Hints to the record’s provenance included incorrect credits, tool reference numbers impressed around the center hole, and the tax code stamped in the same location.

Unfortunately the vinyl record was not in the best condition, with a value estimated to around 400-600 EUR. Still not bad for something that has been lying around in a storage unit for a decade. 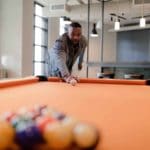 Tips And Tricks For Selecting A Good Auction 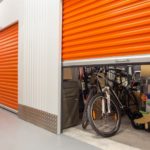